What Is Liquor Liability Insurance And Do You Need It? There are many eating establishments who don’t want to deny their customers the enjoyment of having a cocktail with their meal. Such restaurants choose to run what is referred to as a Bring Your Own Booze (BYOB) operation. In doing so, they avoid the administrative and regulatory framework associated with obtaining and holding a liquor license, not to mention the cost.

But restaurants aren’t the only enterprises that can have a BYOB policy. Athletic, social, and service organizations often host or sponsor events where alcohol is served without possessing a liquor license. The question for any organization that operates a BYOB business or event is if it can avoid liability that results from the conduct of a patron who had too much to drink. And, if not, will liquor liability insurance protect it from financial loss in the event of an insurance claim or legal action?

If your business ever has a need to establish a BYOB policy or plans on hosting a special event involving alcohol, there are some very important questions you should first consider.

Whether your BYOB establishment or event actually needs insurance to cover something done or caused by one of your patrons after consuming alcohol on your premises is the fundamental question. The short answer? Maybe. Your state may require you to carry BYOB coverage. Even if it does not, various factors impact the level of potential exposure you may have, which increases the need for such insurance. These factors include:

As you might expect, the more your establishment or organization is involved with providing the opportunity for your patrons to consume alcohol, the higher your potential risk and the greater your need for liquor liability insurance.

What is liquor liability insurance?

Simply put, this is insurance that provides coverage for costs arising from liquor-related incidents. These may include:

What does liquor liability insurance cover?

It will pay for legal costs associated with defending yourself, and pay any settlement entered into or judgment rendered against you.

What does the insurance not cover?

The standard liquor liability provisions found in Commercial General Liability (“CGL”) policies usually apply only to those establishments and organizations that actually sell, serve, or provide alcoholic beverages. Under such a policy, your BYOB facility or event would not be covered for any liability incurred from an incident arising from the consumption of alcohol by one of your guests or employees.

Do requirements vary from state to state? County to county?

Yes. Some states specifically require BYOB coverage. There are also states that have enacted legislation requiring a BYOB liquor license when applicable. Counties, too, can have specific ordinances or rules with respect to allowing consumption of alcohol on the premises even if the business doesn’t itself sell or serve it.

Be sure that BYOB is allowed in your jurisdiction.

How does one obtain this type of coverage and other necessary permits/license?

First, find out whether BYOB is even permitted in your situation and, if it is, whether you will require a permit or license of some sort. Does your state require BYOB liquor liability insurance? Discuss under what specific circumstances you’ll be permitting guests or staff to bring and consume their own alcohol. 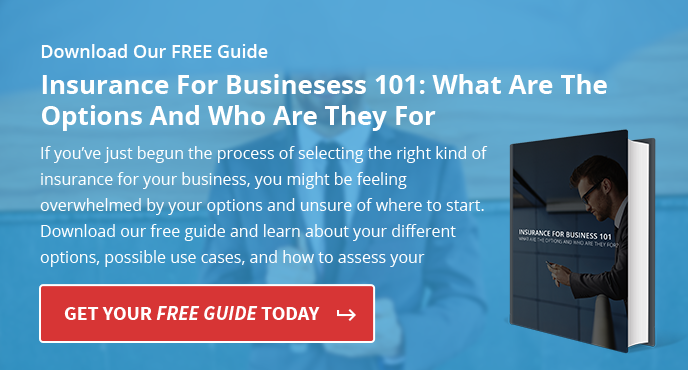